7 Ways to Live a Life With Vision

TV personality Bevy Smith on living a life with vision: "Embrace what makes you different." Lifestyle maven. Socialite. Fashion fixture. All of these are words that attempt to describe ad executive turned TV personality Bevy Smith. Most well known for her popular Dinner With Bevy series, which brings together celebrities, executives, and creatives around one (very chic) table, millions of viewers now get a taste of her Harlem-bred savviness through Bravo’s hit TV show Fashion Queens. But it’s Smith’s latest project—a new podcast “Bevy Says,” where she interviews well-known guests like Sandra Berhard—that perfectly shows off her tell-it-like-it-is humor and global inspiration.

Amidst her busy schedule, Smith pulled up a seat at one of her favorite restaurants, Red Rooster Harlem, to share a few real-life scenarios that taught her how to live a life with vision.

1. Be all that you are. Don’t subject yourself to other people’s definitions.

“The idea for ‘Bevy Says’ came about because I went on a horrible audition for a network show. I hated that I was the ‘fashion girl,’ and then there was the ‘social media girl.’ There are these slots [people like to put women in], but I’m not just some monolithic creature. I’m a solo traveler, a comedian, an entrepreneur, an executive, an art buff. I have all these passions that form who I am, so why should I select one? Why are people trying to put me in a box? I’m not having it. Women have diverse interests and those diverse interests fuel our world, or they should.”

2. Embrace what makes you different.

“Life with vision means that you are very true to yourself. Two weeks ago I did a podcast all about the fact that, as women, oftentimes we shy away from even sharing our own dreams for our lives with ourselves. We don’t even write them in our journal. We would never speak them out loud. The fact that you won’t—even in your most private space—you won’t even own it. And I know that that’s happening because I was that person.”

4. Speak boldly about your passions.

“I dodged the fact that I was a creative for years. I thought I was a muse. I dated a lot of creative guys, and there’s work in the world that has my imprint on it. More recently, for example, I really want to become a part of the art world. The Studio Museum in Harlem’s Chief Curator Thelma Golden is a good friend of mine and she knows my desires because I was bold enough to say what I wanted. It’s about even having the wherewithal and the gumption to say, ‘Yeah. Uh-huh, watch. In about 10 years, I’m going to be doing something in the art world that’s going to move the needle.’”

“At my core, I am little, brown Bevy and I am like this small girl who grew up in Harlem, who was a big ol’ nerd, who loved to read, and loved to travel and loved history and all these things that were not cool in the ‘hood, so I had to hide them. And I hid them away for a long time. When I decided to live this new life, I had to unearth her. Little brown Bevy is in the beginning stages of becoming Malibu Bevy. Malibu Bevy is who I wind up being; this amazingly empowered woman who wears no makeup and wears natural hair and has a life mostly filled with philanthropy. There’s a really big nod to art and architecture and I produce TV and film that is really about uplifting women and black people.”

6. Realize that failures can be saving graces.

“My biggest failure at 33 years old was the catalyst to my whole life. I did not marry the guy that I expected to marry. The relationship was a failure. My career was about marrying a certain type of man, the school I went to, NYU, was about marrying a certain type of man. In my career, I did the things that I did because I knew the type of man I wanted to attract. He needed a certain type of woman and I wanted to be that woman. And then once I secured him, I was like, ‘My problems will be over. I can now be put into his care and it will be his job to make me happy.’ And when we broke up, I was like, ‘Oh my god, I’m in charge of making me happy?’ It was a full gag. It was crazy. That’s when it all changed for me.”

7. Take what’s in your hand and build.

“I thought I was going to quit my job and I was going to go right into my new life of being in entertainment, and then I ran out of money in the middle of the journey. I came up with Dinner with Bevy because I take what’s at my hands. I was 41 or 42 and arranged dinners with interesting people, my friends and influencers. One of my amazing moments from this year from Dinner with Bevy is when Nelson George stood up at the Tribeca Film Festival and said that he met Misty Copeland for the first time at Dinner with Bevy. I introduced artist Kehinde Wiley to Lee Daniels, and now his art is all over the show Empire. It’s the power of connectivity.” 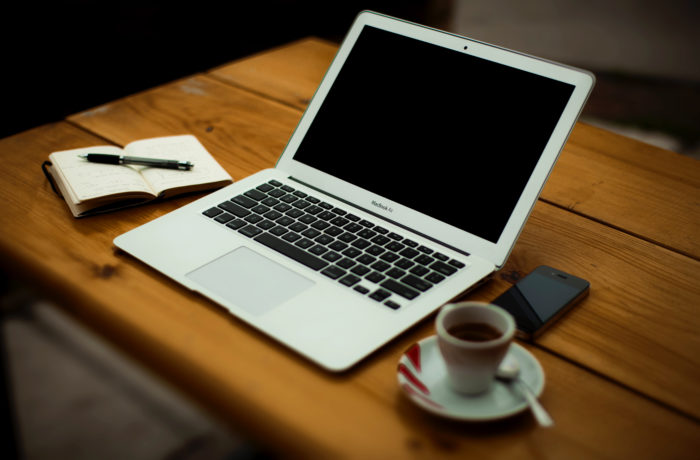